Feeding your puppy in a quiet, peaceful area will remove the chances of her becoming stressed out and defensive about mealtimes.

Too much activity and commotion near her feeding area may cause her to startle quickly, ingest her food too quickly, or become protective.

If her litter was large, she may have had a great deal of competition either for a teat on the mother dog or for food in a bowl as she was weaned onto dog food.

This competition is stressful and may have caused her to have to fight to claim her food.

Sit quietly by your dog in a chair, holding her leash. This gives not only direction to your puppy, but also enhances her ability to adapt to someone being near to her food bowl.

Remain motionless and do not disturb her while she’s feeding. Don’t stare at her. Sometimes your puppy may perceive that as a challenge.

You may want to divide her meal into two servings. When one “serving” is finished, you can add the rest to her bowl and let her finish the second “serving” which is really just the second half of the total meal.

This may help her to see that food isn’t scarce, her needs will be met, and there will always be plenty for her to eat. 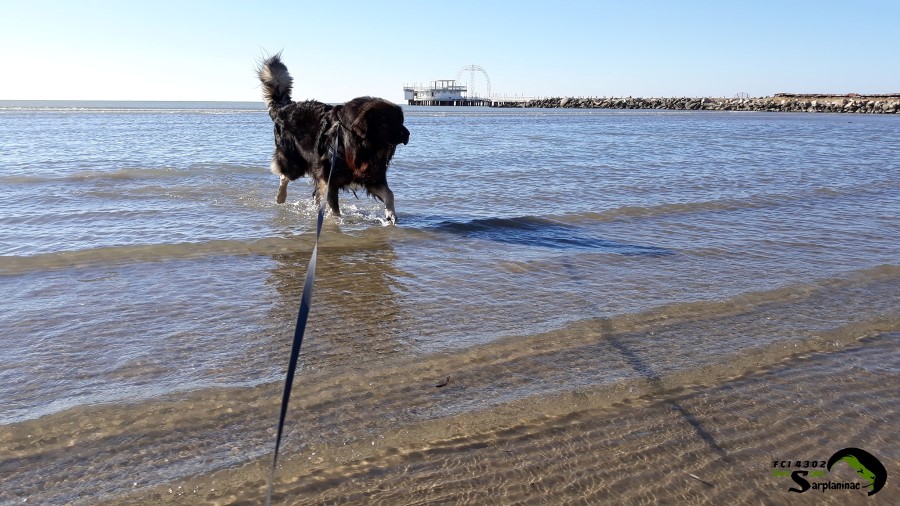 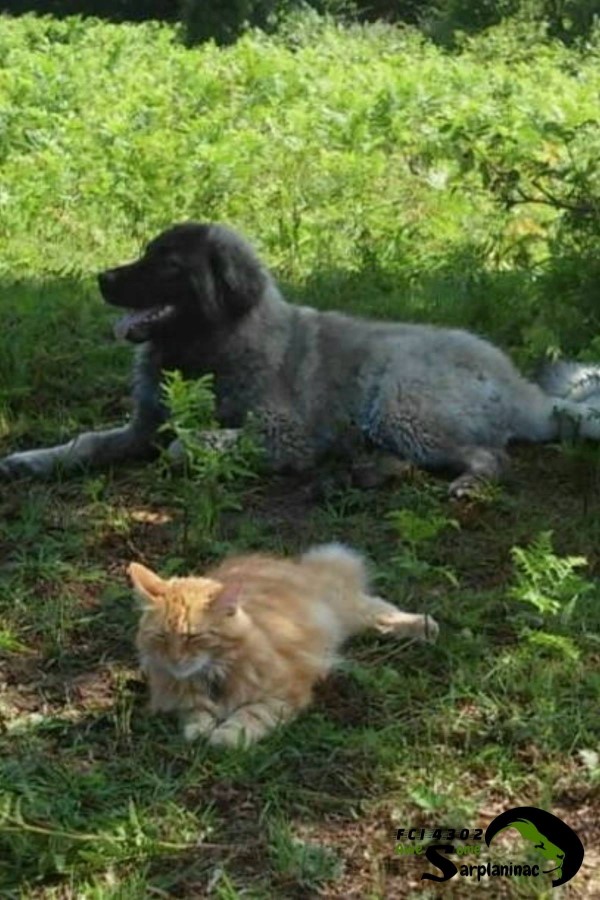 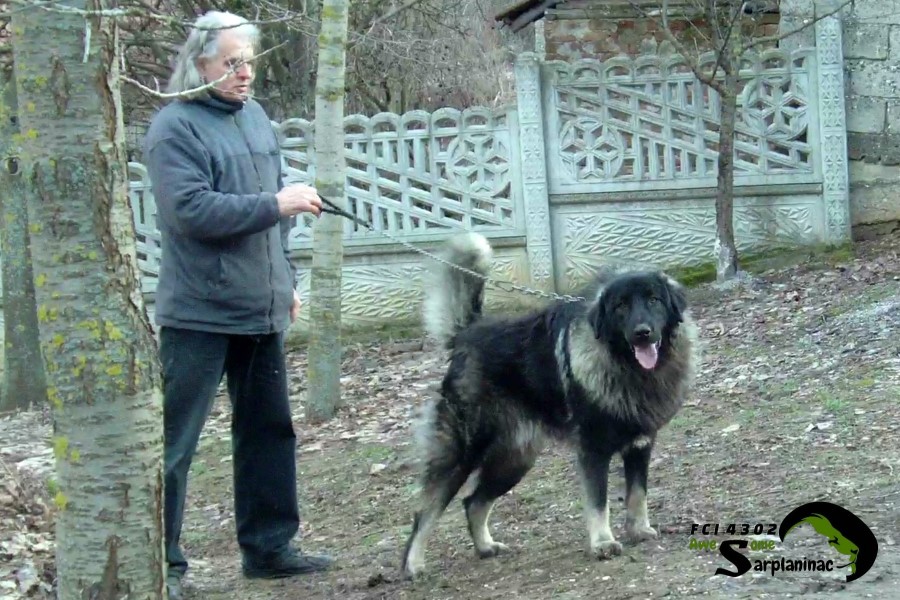 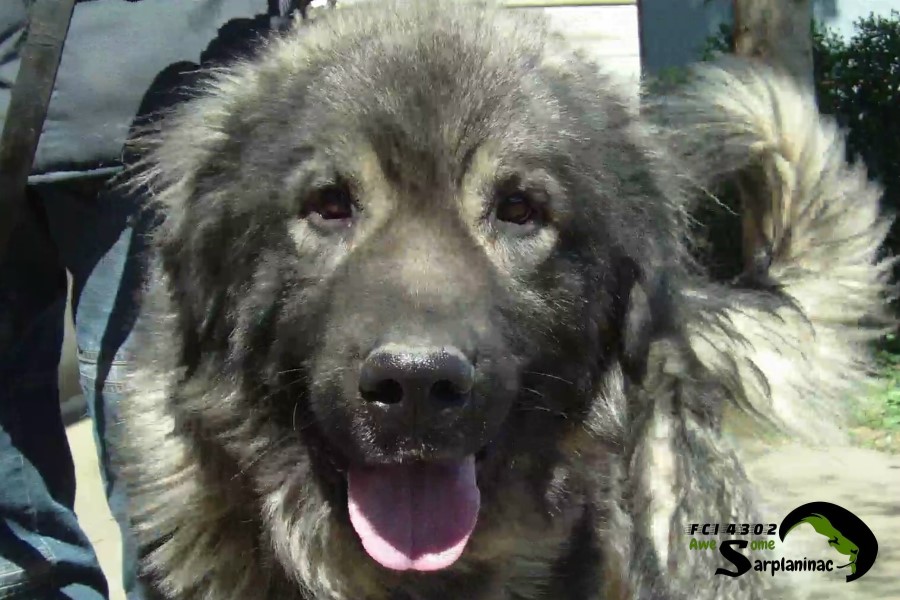 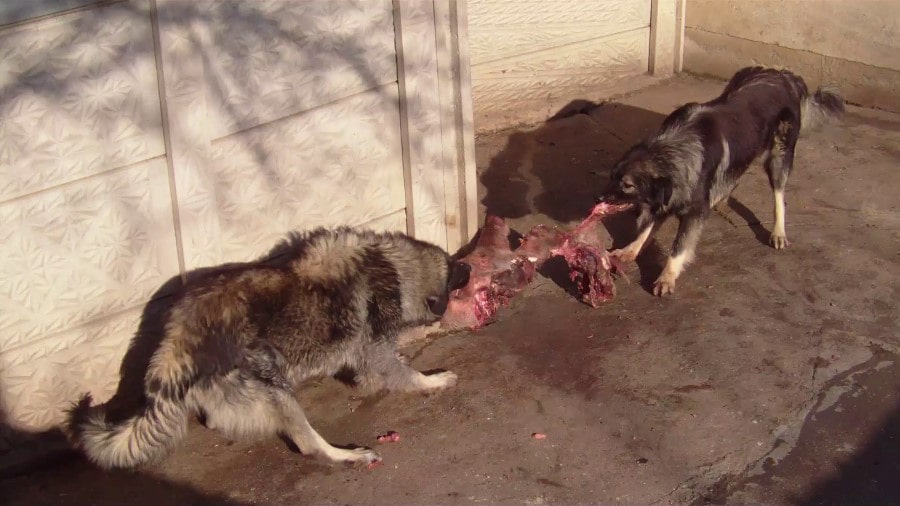 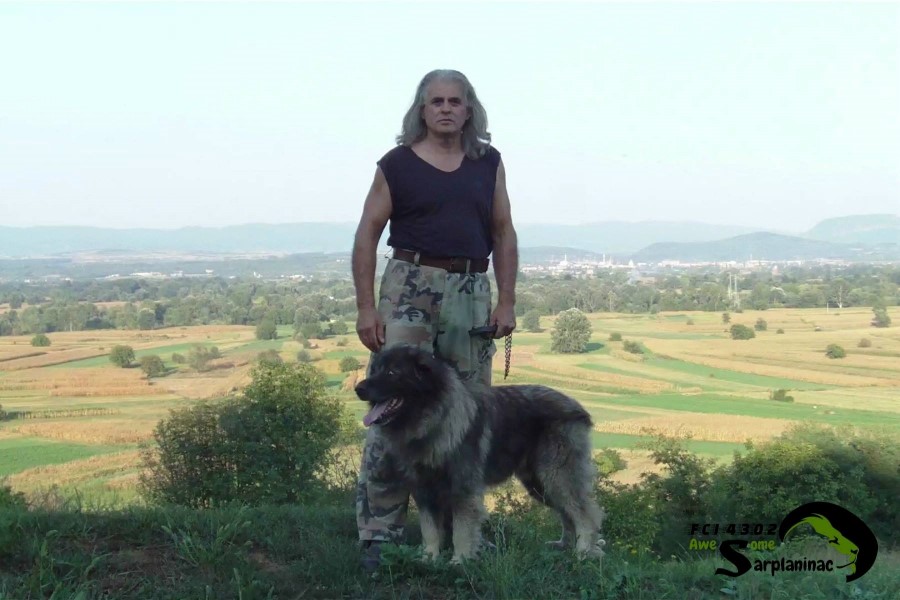 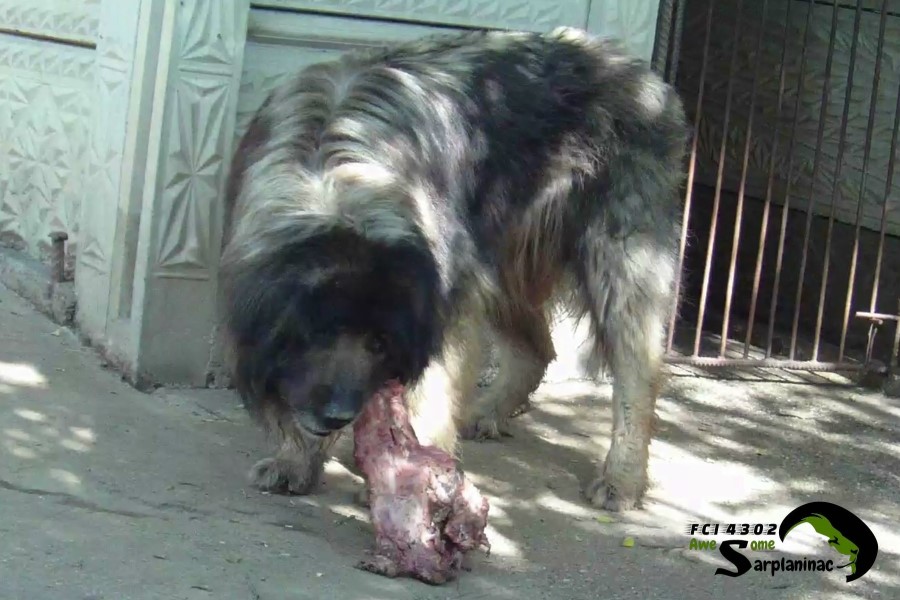 A sarplaninac dog and a big bone. 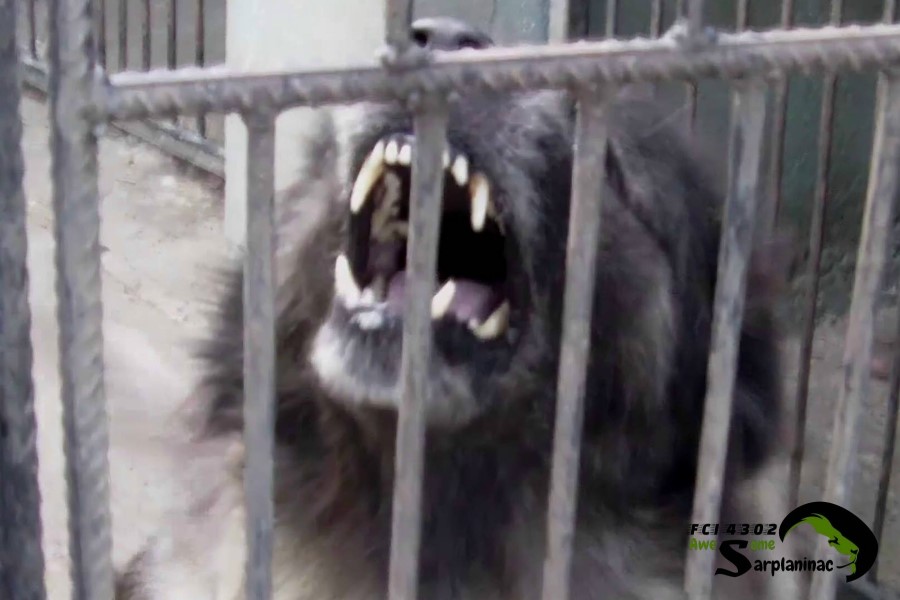 The size of the teeth looks scary. 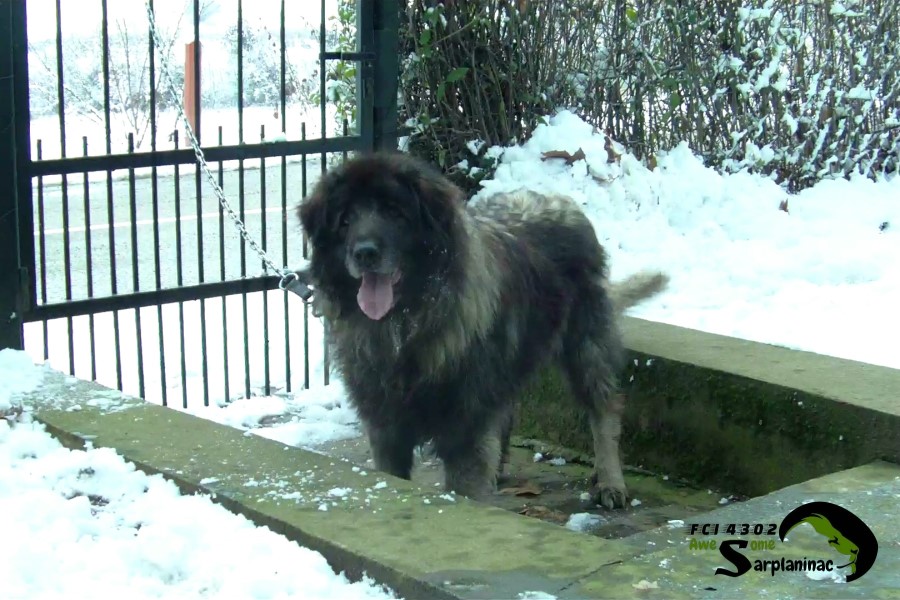 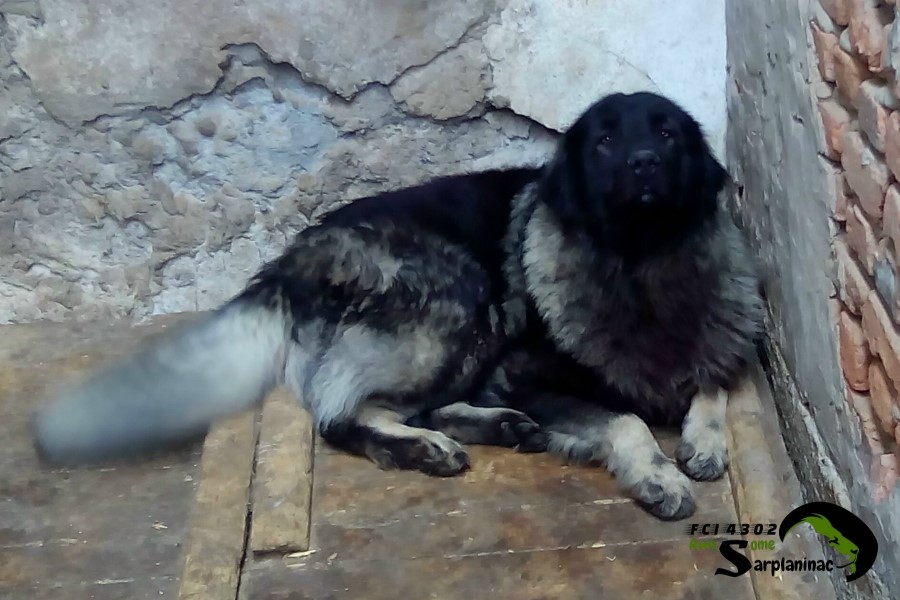 The black dog or dark gray according to the breed standard.

The Alpha Dog and Dominance

The definition of dominance is “who controls access.” Using physical force is not necessary to accomplish this. If a three-year-old child has her hand on the doorknob, she is dominant because she controls whether the dog goes in or out.

If she is holding a ball, in the dog’s eyes, she is dominant because she controls access to the ball. So dominance doesn’t mean who is bigger or stronger … although that sometimes plays a part.

It simply means setting up your environment so that you control access to things your dog wants and he has to look to you to get what he wants.

You control the food, affection, toys, social freedom, climate control, and everything else in his universe. There is no negotiation.

In effect, you are saying, “I will give you the world, but you have got to do something for me first.” When the dog figures this out, you simply ask the dog to do something before providing the reward, whether it be food, chasing a ball, going outside, etc.

For many years, concepts about hierarchy within the canine world led to the idea that one dog in the pack is the top ranking “alpha dog” and that that dog is dominant in all situations. 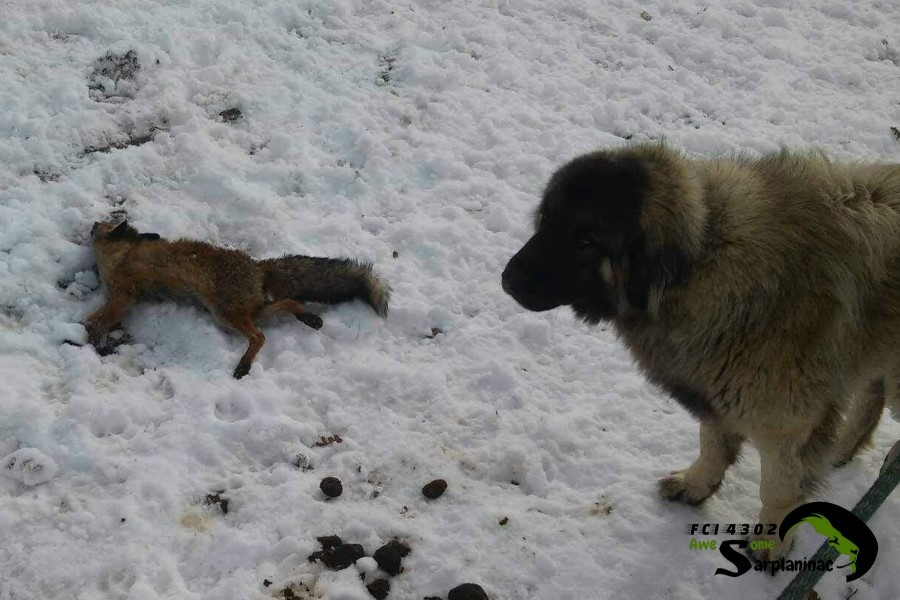 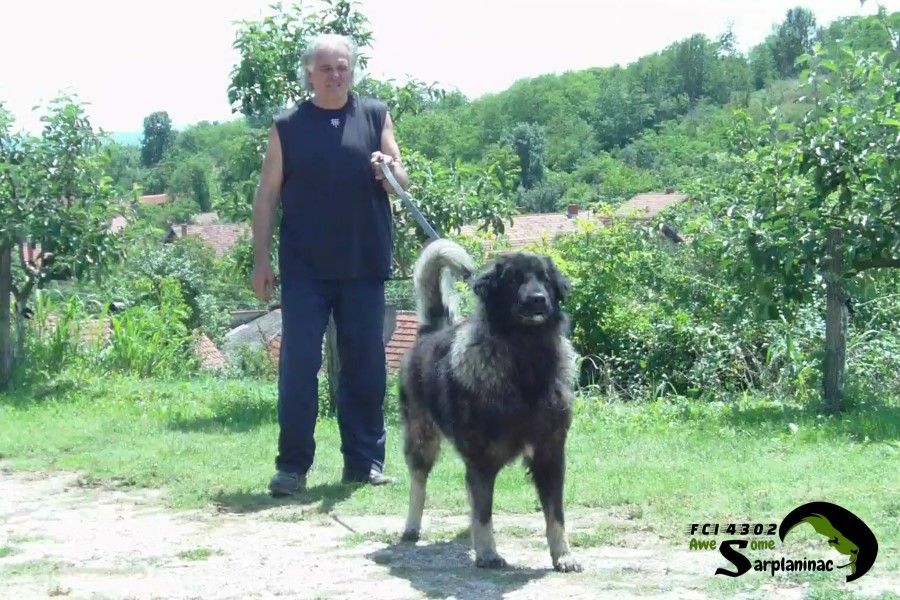 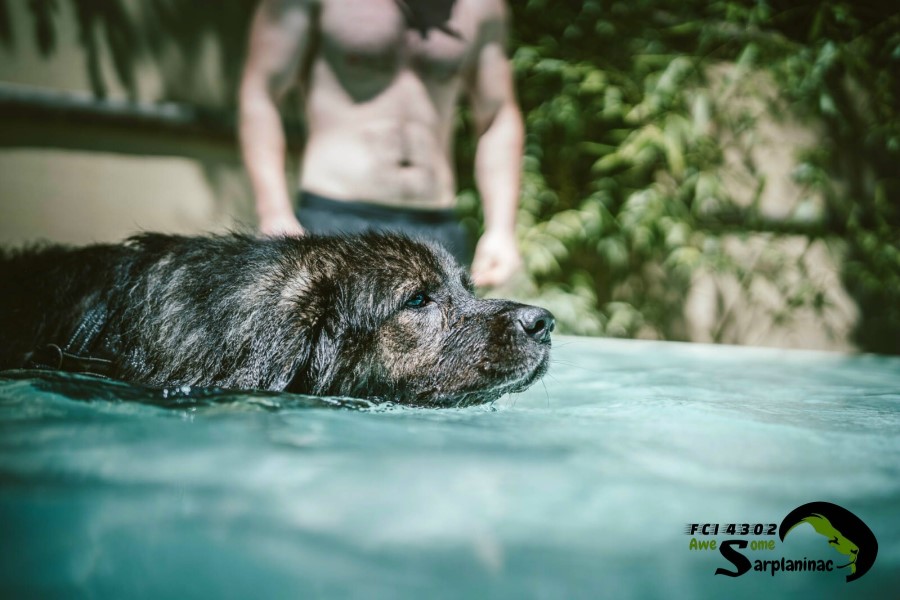