History of breed. Each breed is more or less wrapped with some mystery. This concerns mainly misconceptions, prejudices and legends without the scientific and historical basis.

For the Sarplaninac breed can be said that it not only leads in this mystery, but it is much more related to injustices and delusions than all other breeds together.

It was said that Sarplaninac has become from the wolf, that it is half dog - half beast, that it is a atrocious and stupid, that it is dangerous to keep because it wants to kill the master ... All the nonsense and delusions!

The truth is, of course, quite different. Among several possible versions of the origin of the breed, only one leads and sets aside over the time.

Namely, based on historical data, it is believed that the ancestors of Sarplaninac originated from Moloses from Tibet from where they set off for an endless journey, accompanying their masters.

Sarplaninac and the Legions of Alexander the Great

Sarplaninac came to the Balkans along with the legions of Alexander the Great, and it was mostly concentrated on the slopes of the Sar-planina (Sar -mountain), where it stayed.

Therefore the breed's name - Sarplaninac, and the official name is Yugoslav shepherd Dog. 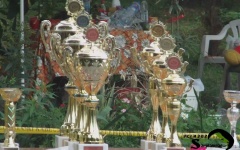 On 17/08/2014 there was a national dog show “CAC Negotin 2014“. Tyson has achieved excellent results, although the day before had another dog show. Read more 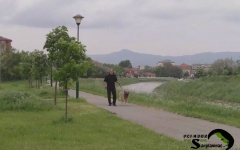 In Paracin on Saturday, May 3, held the National Dog Show “CAC 2014 “. Number of dogs is 239. We decided this year on cynological manifestations introduce our dog Tyson. Read more

On 10/10/2015 there was a dog show “CAC Cuprija 2015″. We decided this time that our young dog Ben Hur presents kennel. He achieved good results. Read more 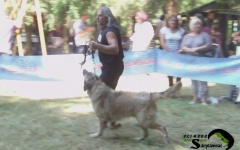 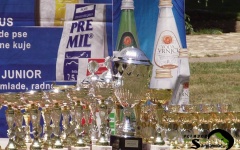 The more questions you are asking yourself how a dog will react on your commands, the more you will undermine his authority.

To make the dog feel that you're dominant, you must adopt a tone of voice that gives strength, use short words (the more you talk, the more you think you will become less and less convincing).

The body you should be leaning forward in the direction of dog, remote shoulders and protruding breasts. Say no bites! Teach the puppy to control his jaw.

When you chew it take for the skin by lifting the door slightly and energetically, saying "no", then drop it and stop game. A puppy will quickly learn that do not you bite.

They are so lovable and amiable animals that,while looking at their photos,you might wish your life would last for good. That much love and joy could not bestowed on you even by the brightest star in the Sky.

While playing with them a feeling of being a kid overwhelms you for ever still aware of being a grown-up man. Breeding these dogs, at this time of human alienation, can stand indeed for a genuine life long cheerfulness.

Provided you love animals, these dogs can make you up for such love. Mira Stefanović